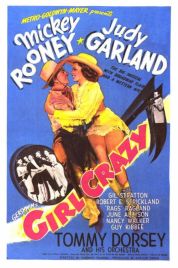 Danny Chuchill, Jr. (Mickey Rooney) has been living the high life as the son of a wealthy newspaper publisher.  But when his father gets tired of Danny’s scandalous behavior making headlines, he decides to send Danny out west to Cody College to teach him a thing or two about hard work.  And, most importantly, Cody is an all-male college so there won’t be any women to distract him.

But when Danny gets to Cody, he discovers there is one woman around — Ginger Gray (Judy Garland), the dean’s granddaughter.  It’s love at first sight for Danny, but Ginger isn’t as impressed with him.  Danny doesn’t fit in with the other students, he has a hard time adjusting to Cody’s strict schedule and rugged activities and would like to go home, but the prospect of getting together with Ginger motivates him to stay.  After Ginger turns down a marriage proposal from one of the other students at Cody, Ginger starts to warm to Danny.

Cody College suddenly faces a crisis when the Governor announces plans to close the school due to low enrollment.  Ginger is devastated by the news, but Danny comes up with a plan to attract new students by hosting an annual rodeo with a beauty contest.  Ginger loves the idea so the two of them go directly to the Governor to get him on board.  The Governor gives them thirty days to turn the school around, so Danny and Ginger get to work making it happen.  For Danny, that means flirting with a bunch of debutantes to get them to enter the beauty contest, which makes Ginger jealous, especially when he names another girl as Queen of the Rodeo.  But just as Ginger is about to leave, Danny goes to see her and convinces her that she’s the only one he loves. Ginger and Danny get back together, Cody College sees a big increase in student applications, and the college is saved.

Mickey Rooney and Judy Garland movies are often accused of all being the same and, well, there’s no denying that Girl Crazy has a pretty familiar plot.  But Girl Crazy is by far my favorite out of all the movies Mickey and Judy made together.  Mickey and Judy always had very good chemistry together, but there’s something about them in this movie, I can’t quite put my finger on what it is exactly, that just makes them shine brighter than they did in their other movies.

Girl Crazy also features the strongest bunch of songs featured in any of their movies.  Judy’s rendition of “Embraceable You” is one of my all-time favorite songs and the big “I Got Rhythm” finale is very memorable. Plus, be sure to watch for Tommy Dorsey and June Allyson who both make appearances in some of the musical numbers.  The jokes may be silly and corny, but they always make me laugh.  This is MGM doing what it did best — making wholesome, lighthearted entertainment the whole family could enjoy.  Girl Crazy is simply one of those movies that I can’t help but be happy after watching. 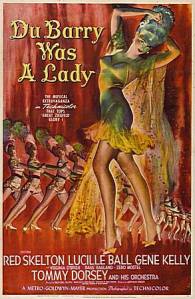 Hat check clerk Louis Blore (Red Skelton) works in a nightclub where one of the star performers is May Daly (Lucille Ball).  Louis is in love with May, but he has some competition from dancer Alec Howe (Gene Kelly).  May loves Alec and Alec loves her, but unfortunately for both Louis and Alec, she’s determined to marry a rich man and neither of them has much money.  But all of that changes when one day, telegram messenger Charlie (Rags Ragland) brings Louis a telegram informing him that he’s won a sweepstakes!  All of a sudden, he is a rich man and asks May to marry him.  She makes it abundantly clear that she’d only be marrying him for his money, but he doesn’t mind.  But even then, she still has reservations.

One night, Charlie, who has taken Louis’ old hat check clerk job, suggests slipping a mickey into Alec’s drink so he won’t be any competition for a few days.  Of course, this plan goes horribly wrong when Louis accidentally gets the drugged drink intended for Alec.  While unconscious, Louis dreams that he’s back in the 1700s.  In his dream, he is King Louis XV and May is Madame Du Barry.  Just like in real life, King Louis is trying to win over Madame Du Barry by showering her with lavish presents, but her love can’t be bought.  In fact, when she starts receiving mysterious notes from someone named The Black Arrow (Alec’s dream alter-ego), she insists on meeting with this Black Arrow.  She goes to see him and finds out he is leading a rebellion against Madame Du Barry and King Louis XV because he thinks Du Barry is encouraging Louis to take taxpayer’s money to pay for her extravagant gifts.  But despite this, she can’t help but be attracted to The Black Arrow.  When The Black Arrow and his posse are captured, Louis sentences them to death by the guillotine, but Du Barry pleads with him to spare The Black Arrow.  When Louis wakes up, he awakens with the realization that trying to buy love is a ridiculous idea.  By then, May and Alec have decided to get married and Louis wishes them well and the three of them decide to remain friends.

Du Barry Was a Lady isn’t one of the all time great musicals, but it is a nice bit of frothy entertainment.  Lucille isn’t used to her full comedic potential and Gene Kelly only gets one solo dance scene, but Red Skelton, Rags Ragland, and Zero Mostel do bring some good laughs.  The musical numbers generally don’t add much to the story, but they are fun to watch.  I liked Virginia O’Brien’s “Salome” number and it was nice to see so much of Tommy Dorsey and his Orchestra.  It’s also worth noting that this is the first movie where Lucille Ball had her hair dyed that signature shade of red.  All in all, it wasn’t a spectacular movie, but it is light and fun and that’s exactly what I expected of it. 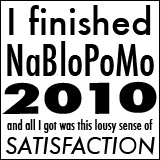