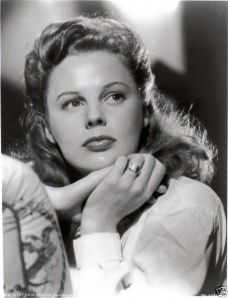 Happy May, everyone! April was a rather unusual month for TCM, but it’s back to the usual schedule for May.  June Allyson is May’s Star of the Month and will be featured every Wednesday night.  Friday Night Spotlight returns with a look at Australian cinema hosted by Jacki Weaver. Since I haven’t seen many Australian films, I look forward to having the chance to see more. For Memorial Day weekend, TCM will be having their annual 72-hour marathon of war films.  May’s Guest Programmer is none other than Rev. Mother Dolores Hart, who will be showcasing a few of her favorite movies on May 27th.

END_OF_DOCUMENT_TOKEN_TO_BE_REPLACED 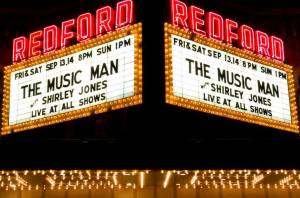 When the Redford Theatre in Detroit, MI has an actor make an appearance at the theater, you can count on it being a big event.  In the past, they’ve pulled out all the stops to welcome Tippi Hedren, Butch Patrick, and Mary Badham and each of those events were very unforgettable.  So when I heard Shirley Jones would be appearing at the Redford to introduce The Music Man, I knew it would be an event not to be missed and the Redford, once again, made it an amazing experience.

Shirley was at the theater for three days, Friday and Saturday night and a Sunday matinee, and I attended the Sunday matinee screening.  The crowd was wonderful.  There was a great turn-out and everyone was very excited to see Shirley.  Shirley, now 79 years old, is still as vivacious as ever and looks absolutely beautiful. 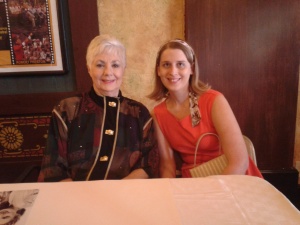 Me with Shirley Jones

When she came out to introduce The Music Man, she was led on to the stage by a marching band playing “76 Trombones.”  For her introduction, Shirley talked about her new autobiography and told a few stories about her life.  She told us about the time when she was young and pulled a false fire alarm, which threw her entire town into chaos.  When Shirley and her friends were confronted about it, her friends were quick to declare, “Shirley did it!” As a punishment, she had to go to the Sheriff’s office every day for three months and apologize.  She also talked about how she was offered the part of Carol Brady on The Brady Bunch, but turned it down.  However, she agreed to do The Partridge Family because she liked the idea of playing the first working mother on television.

Even though Shirley was on hand to introduce the movie on all three days, the theater had a special surprise saved for the Sunday matinee.  One of Shirley’s friends from high school now lives in the Detroit area and had gotten in touch with the theater when she heard Shirley was coming to town.  So the theater arranged for Shirley’s friend to come out so they could have a This is Your Life moment with her. During intermission, Shirley’s friend stood out of sight and told a story about the time Shirley had a convertible for a weekend so they drove around together with the top down, smoking cigarettes, and trying to pick up football players.  Shirley laughed and said, “Yeah, that sounds like something I would have done.”  Shirley seemed happy to be reunited with her friend and it was really fun to be there to see that.

This was just a delightful way to spend a Sunday afternoon.  Not only was it wonderful to see Shirley in person, it was very nice to see The Music Man again.  I had only seen it once before and that was a few years ago so I didn’t remember it very well. 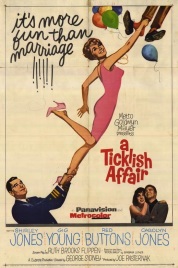 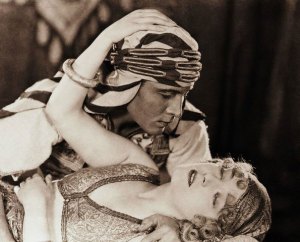 TCM for July is one of those months that’s kind of odd, but I can’t help but love the fact that it’s odd just because where else are you going to see this kind of schedule?  I challenge you to find another network where you can see a night dedicated to portrayals of Arabs in film one night and then singing cowboys the next.  I don’t particularly care so much about the singing cowboys, but I like when TCM does the spotlights on minorities in film because a: I find it interesting, and b: they usually play some stuff that doesn’t get shown too often.  Other than that, it’s a little bit of a slow month to me, but I’m going to welcome that break because next month is Summer Under the Stars time again!