During the summer months, the Wentworth Plaza is a popular destination for wealthy people to beat the heat. Among them is Mrs. Prentice (Alice Brady) and her daughter Ann (Gloria Stuart). Although Mrs. Prentice has more money than most people could ever dream of having, she’s notorious for being an absurdly cheap penny-pincher. She also wants Ann to marry T. Mosley Thorpe (Hugh Herbert), an older but very rich man who is an expert on snuffboxes. Thorpe is not Ann’s type at all and she desperately wants to have some fun.

Finally, Mrs. Prentice agrees to let her have some fun by hiring Dick Curtis (Dick Powell) to be her escort for the summer. Although Dick is engaged to Arline (Dorothy Dare), she approves of the idea since the money is good. Dick and Ann have a lot of fun together (and enjoy running up Mrs. Prentice’s bills), and it isn’t long before they fall in love with each other.

Meanwhile, Mrs. Prentice is at work organizing her annual show to raise money for the Milk Fund. She ends up hiring Nicoleff (Adolphe Menjou) to direct the show, but she doesn’t realize that he’s working with other people to make the show as lavish and extravagant as possible so they can get more money out of Mrs. Prentice.

But, since this is a Busby Berkeley movie, Gold Diggers of 1935 features some truly stunning musical numbers. Although 1935, on the whole, is really weak compared to his big hits of 1933, Busby Berkeley was still bringing his “A” game to the musical numbers. In terms of ambition and creative vision, he really outdid himself. No one is expecting anyone to honestly believe these numbers could actually be done on a real stage, but they’re an extravagant feast for the eyes. “The Words Are in My Heart” number with all those pianos is simply breathtaking and calling “The Lullaby of Broadway” a musical number almost feels like it’s selling it short; it’s more like a short film unto itself. 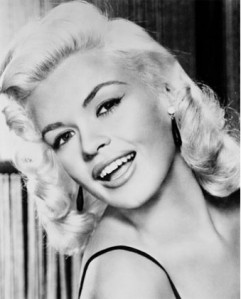 END_OF_DOCUMENT_TOKEN_TO_BE_REPLACED

It’s certainly been a sad week for classic film fans.  In the past few days, we’ve lost a centenarian, an outstanding director, and one brilliant actor.