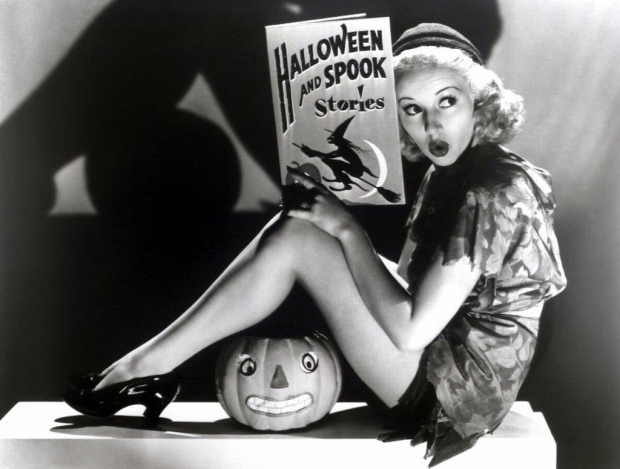 Happy Halloween, everyone!  Halloween just wouldn’t be complete without a few ghost stories, right?  So for the sake of getting into the Halloween spirit, here are a few ghost stories featuring some familiar characters.  If these stories are to be believed, if you’re in the right place at the right time, you might still have the chance to encounter some of Hollywood’s most legendary stars.
END_OF_DOCUMENT_TOKEN_TO_BE_REPLACED

After the death of his parents, Benjamin Blake (Roddy McDowall as a child, Tyrone Power as an adult) goes to live with his kind grandfather.  His father was the Baronet of Breetholm, but Benjamin doesn’t inherit the estate that is rightfully his.  Because of some debate over whether or not Benjamin was born in wedlock, it goes to his sadistic uncle Sir Arthur Blake (George Sanders) instead.  Arthur takes Benjamin away from his grandfather and forces him to become his bonded servant.  Benjamin considers running away with his grandfather, but decides to stay and lets his uncle’s torment fuel his ambition to reclaim his father’s estate.

Ten years pass and Benjamin is still a servant, but has also fallen in love with his cousin Isabel (Frances Farmer).  They want to get married, but Benjamin wants to wait until after he has proven the estate is his.  Isabel promises to wait for him, but Benjamin soon finds himself on the run from the law after he and Arthur get into a fight.  With some help from his grandfather, Benjamin manages to escape on a boat headed for the South Seas, but his grandfather winds up in jail for helping him.

On the ship, Benjamin proves to be quite the sailor and makes friends with fellow sailor Caleb Green (John Carradine).  Eventually, the two of them head off for an island where they find a fortune by diving for pearls.  Things get even better for Benjamin, who falls in love with a native girl named Eve (Gene Tierney).  He couldn’t be happier living on the island with Eve, but knows he must go home to clear his name and get his grandfather out of jail.

I saw Son of Fury for the first time recently after buying it on a whim.  I hadn’t even heard anything about it before then, but I just had a feeling about it and I’m so glad I took a chance on it.  It’s got adventure, it’s got drama, it’s got romance.  Although I do wish Gene Tierney and Frances Farmer had a little more to do, I loved Tyrone Power in it and George Sanders brought pure villainy to Sir Arthur Blake.  Roddy McDowall and Elsa Lanchester both make their small roles quite memorable.  The cinematography and score were also first-rate.  There’s nothing about it I didn’t thoroughly enjoy.  It’s a good thing I bought this movie because it’s one I’ll definitely want to watch again.