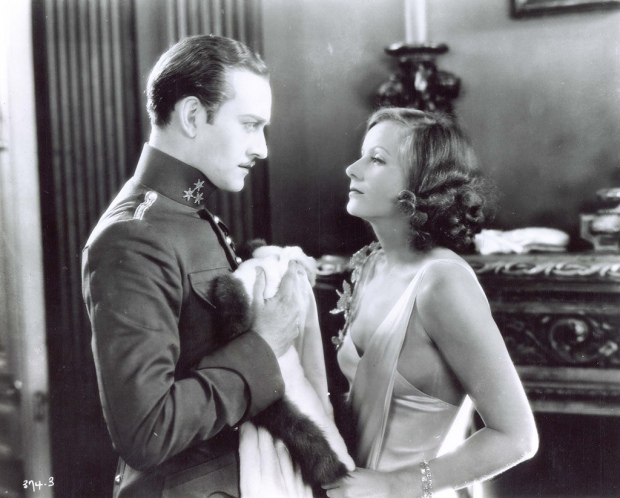 On the night of a sold-out opera, Captain Karl von Raden (Conrad Nagel) is only able to get a seat when another patron returns their ticket at the last minute. When he finds his way to his seat, he discovers his seat is next to the beautiful Tania Fedorova (Greta Garbo). The patron who had returned their ticket at the last minute was her cousin. They’re very attracted to each other and when Karl offers to take her home after the show, she hesitates at first but reluctantly agrees. Before they know it, they’re having a blissful day together out in the country.

When Karl has to leave for duty, his uncle Colonel Eric von Raden (Edward Connelly) tells him Tania is actually a top Russian spy. He boards his train absolutely furious at Tania for betraying him. Tania follows him onto the train to apologize and tries to tell her that she really does love him, but he won’t have any of it. In a fit of anger, she steals the plans he was carrying and sneaks off the train during the night.

Once Karl’s train reaches its destination, he has to pay dearly for his fling with Tania. He’s publicly degraded by his officers and spends some time in jail, but his uncle has a plan for how he can redeem himself by exposing a real traitor. As part of the plan, Karl has to pose as a piano player in Warsaw, but as fate would have it, he ends up playing at a party being thrown for Tania. They both still have feelings for each other and when they get to spend a brief moment together, it’s enough to put both of them in danger.

I love The Mysterious Lady. Is there any more perfect title for a Greta Garbo movie than that? This is, in my opinion, one of Garbo’s most underrated movies. She and Conrad Nagel had good chemistry together and the story is really entertaining and fascinating. This is the kind of movie that’s really good at grabbing your attention at the very beginning and holding onto it at the very last second with lots of twists and turns along the way. My only complaint about it is that the ending feels a bit forced and tacked on. But otherwise, it’s fantastic. I’d love to see this movie on the big screen some day because Garbo is so stunning in it, seeing it in a theater must be absolutely breathtaking to see. 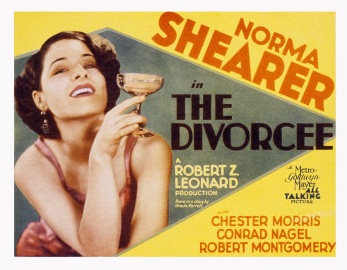 While staying at a resort with some friends, Jerry (Norma Shearer) and Ted (Chester Morris) decide to get married with one stipulation — that their marriage will be a marriage of equals.  Their friends are thrilled for them  and spend the rest of the night celebrating their good news.  Well, everyone except for Paul (Conrad Nagel), that is.  He’s been carrying a torch for Jerry and spends the evening getting drunk.  When the party’s over, Jerry and Ted leave separately while some others get into a car driven by the now very inebriated Paul.  Of course, this does not end well and he crashes the car and disfigures their friend Dorothy.

Ted and Jerry get married and out of guilt, Paul marries Dorothy.  Ted and Jerry couldn’t be happier together but that all comes to an end the night of their third wedding anniversary.  When some of their friends come over for a party, a woman named Janice (Mary Doran) tags along with one of the guests.  Not only has Janice already met Ted, but they had an affair one night when he was drunk and away on business.  When Janice corners Ted in the kitchen, Jerry catches them and immediately knows what’s going on.  She confronts Ted about it and he tries to brush it off, claiming that it didn’t mean anything, but Jerry is heartbroken.  After Ted leaves for Chicago on business, his best friend Don (Robert Montgomery) keeps her company while he’s out of town.  Since this was supposed to be a marriage of equals, Jerry decides to even the score and have an affair with Don.  After all, they were supposed to be equals, right? But when Ted gets back from his trip, Jerry breaks the news to him and suddenly Ted’s singing a different tune when Jerry says it didn’t mean anything.

As much as Jerry wants to make their marriage work, she can’t deal with Ted and his double standards and divorces him.  Jerry sets out on her new life determined to have plenty of affairs and boy, does she!  But while on a trip for work, she runs into her old friend Paul.  Paul is still married to Dorothy, but has never been able to forget Jerry.  The two of them begin having an affair and travel together all over the place.  Paul and Jerry even talk about getting married, but after Jerry meets with Dorothy, she doesn’t have the heart to take her husband away from her.  Meanwhile, Ted hasn’t been faring so well and has been hitting the bottle pretty hard in Paris.  When New Years Eve rolls around, Jerry decides to spend it in Paris, hoping she would run into Ted.  They meet again at a party and decide to start the new year by giving their marriage another try.

The Divorcee is one of the most essential pre-code movies and rightfully so.  I love the story, actually I think it would still make for an interesting movie if it were made today.  I don’t think it really gets enough credit for what an important movie it is.  The Divorcee is basically the movie that really put the whole pre-code era into high gear.  And if you’re unfamiliar with the pre-code era, then getting to see a woman like Jerry is a very interesting change of pace from how women were often portrayed in movies made under the code.  Norma Shearer is phenomenal in it, easily one of her finest moments.  I love the story about how Norma had to fight Irving Thalberg to get the part.  She desperately wanted the part, but Thalberg didn’t think she was right for it so to prove her point, she went and had some saucy pictures taken.  After seeing the results, he finally saw Norma’s point of view and let her have the part that went on to get her an Oscar.  It’s a great movie and if you have even the slightest interest in the pre-code era, you absolutely must see it.