When Mr. Burns decides to axe the dental insurance employees at the power plant receive, it couldn’t have happened at a worse time. Lisa needs braces, but since they no longer have insurance to pay for them, Lisa isn’t able to get the top-of-the-line braces she was hoping for. It doesn’t help matters that Lisa’s dentist tends to come off as a tad sinister. 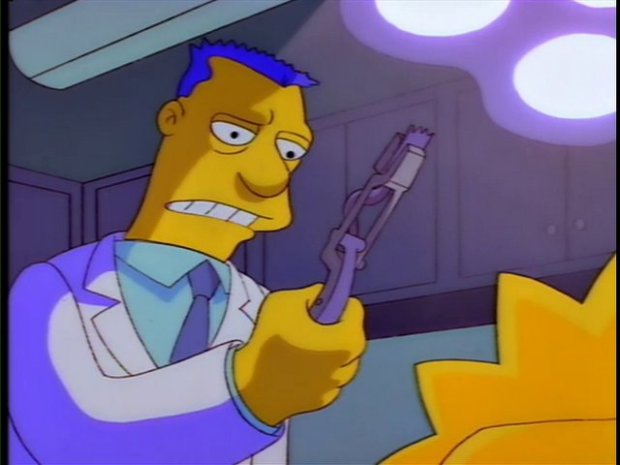 Finding someone to provide a voice for the dentist proved to be a bit of a challenge. First, producers had offered the part to Clint Eastwood, who turned it down. Anthony Perkins later accepted the part. Unfortunately, Perkins died before he was able to record his lines. In the end, the dentist’s voice was provided by Hank Azaria instead. 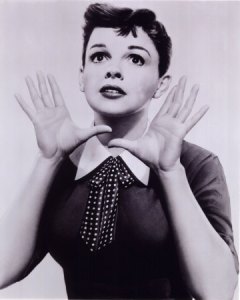 There are few topics that get movie fans riled up quite the way the subject of remakes does.  Some people don’t mind them and are glad that they get people talking about the original versions again.  But then there are others who hate remakes because they could never live up to the original, because they show a lack of creativity, etc.

Personally, I’m not inherently against remakes because sometimes they can be done well.  After all, The Maltese Falcon, A Star is Born, The Letter, Waterloo Bridge, The Man Who Knew Too Much are all classics that are best known in their remade forms.  Or sometimes the remake offers a twist on the original that helps it to stand on its own.  A more modern example of that would be the 2007 version of Hairspray.  I really enjoy both versions of Hairspray, but the 2007 version is so different from the original that I tend to think of it independently from the 1988 version.

Even though I’m not totally anti-remake, I can’t help but roll my eyes when I hear that yet another remake is in the works.  Most of the time, they just seem so completely and totally unnecessary.  King Kong was fine the way it was, we really didn’t need Peter Jackson to come and turn it into a three hour movie.  Other times, I think the casting is atrocious.  Not too long ago, there was some talk of a remake of The Thin Man starring Johnny Depp as Nick Charles.  I do like Johnny Depp, I just think he’s all wrong for the part.  The recent news of a remake of A Star is Born starring Beyoncé and directed by Clint Eastwood definitely falls into the “atrocious casting” category for me.

I don’t really have an issue with A Star is Born being remade since, after all, my favorite version of that movie isn’t the original Janet Gaynor version.  I’m not even particularly bothered by the idea of Clint Eastwood taking on a musical.  Hey, he’s Clint Eastwood, I figure by now he’s earned the right to try directing whatever genre he wants.  I just really wish they would  have gone with an actual actress to remake it with.  What I’ve seen of Beyoncé’s acting has been, at best, pretty mediocre.  The other big issue I have with it is that it has all the makings of painfully obvious Oscar bait.  All of Eastwood’s recent work has been pretty major Oscar bait and Beyoncé so very desperately wants to be a triple threat, Beyoncé teaming up with Eastwood is the most incredibly desperate ploy to try to win a Best Actress nomination I have ever heard of.  It’s like she never got over being upstaged by Jennifer Hudson in Dreamgirls, which was really supposed to be a vehicle for Beyoncé, so now she’s trying to work with someone the Academy has an awfully hard time saying “no” to.  It all just comes off as ridiculously lame to me.  And I really hate to use the word “lame” to describe a Clint Eastwood project. 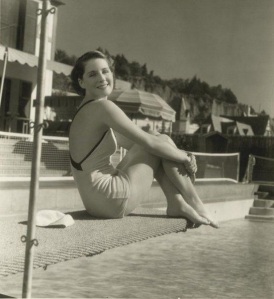 It’s August, and that can only mean one thing: Summer Under the Stars!  Like 31 Days of Oscar, Summer Under the Stars never disappoints and I’m definitely excited for this year’s schedule.  There are plenty of days dedicated to showcasing some SUTS mainstays like Katharine Hepburn, Elizabeth Taylor, and Henry Fonda.  But this year they’re really mixing things up and spending nearly half the month focusing on people who have never been part of SUTS before, including John Gilbert, Ethel Barrymore, and Gene Tierney.  Not only are there lots of stars who are new to SUTS, there are also tons of movies being premiered this month.  I counted a grand total of 54 TCM premieres in August, 19 of which are on Thelma Todd day alone.

Here is a complete list of the stars featured this month.  To get the complete schedule, you can download a copy here.

END_OF_DOCUMENT_TOKEN_TO_BE_REPLACED

May looks like it’s going to be all about Donna Reed, Native Americans, war movies, and birthday tributes.  Donna Reed is the star of the month, but I guess she doesn’t excite me very much.  Every year in May, TCM spends the month spotlighting how minorities have been portrayed on film over time.  This year they are focusing on Native Americans every Tuesday and Thursday night.  I’m always a little conflicted about this month because one thing I don’t have much patience for is really bad racial stereotypes, but at the same time, I’m interested in how those images have evolved over the years.  In past years, they have gone in chronological order, starting with the silent era and working their way up to the modern day.  This year is a little different and each night has a theme such as “non-Indians in Indian roles,” “Indians as noble savages,” and “Indians as actors and filmmakers.”  Starting on May 28th and running through May 30th is the Memorial Day weekend movie marathon with nothing but war-related movies.  With no further ado, let’s get to my picks for May.