More than anything else in life, Lewis Tater (Jeff Bridges) wants to be a writer of Western novels. When he sees an advertisement for the University of Titan, he decides to enroll in some correspondence writing classes. The University of Titan had a Nevada address, so despite the advice from his family, Lewis decides he’d rather take classes in person so he can enjoy the atmosphere of being out west.

After making the long trip out to Titan, Nevada, he shows up at the address only to find out the University of Titan doesn’t actually exist; the “school” is run by a couple of con artists operating out of a local hotel. As fate would have it, Lewis ends up staying in the same hotel as the con artists and gets into a fight with them. In the tussle, Lewis takes their car and drives out into the desert until it runs out of gas. Then he decides to get out and walk through the desert and happens to wander onto the set of a movie being filmed by Tumbleweed Studios, a studio that specializes in “B” Westerns.

The film crew helps him out and let him ride back into town with them. He has a crush on their production assistant Miss Trout (Blyth Danner) and makes friends with actor Howard Pike (Andy Griffith), who recommends he get a job at a local restaurant. At least this way he can spend time around cowboys and get some inspiration for his big novel. He also applies for a job at the studio and is hired by Bert Kessler (Alan Arkin). Lewis starts out doing stuntwork, but works his way up to featured roles and becomes a star. Meanwhile, he has to watch out for the con artists from the University of Titan, who are looking for him.

Not one of my favorite movies, but Hearts of the West is quite pleasant and good for some laughs. The cast is fantastic; it’s full of great stars who I never knew were in this movie, mostly because I’d never even heard of this movie until I saw it in today’s lineup on TCM. Jeff Bridges was perfectly cast as the youthful and naive Lewis and I really liked Alan Arkin as Bert Kessler. Andy Griffith was a pretty good fit for playing a cowboy film star. It’s a little too slowly paced for my liking, I found myself starting to tune out here and there. Not bad, but not that great, either.

Happy March, everyone! I hope you’ve been enjoying 31 Days of Oscar, which extends into March for a few days. But then it’s back to TCM’s usual schedule. March’s Star of the Month is Ann Sothern, which I’m excited about since I like her, but haven’t really seen many of her movies. The Friday Night Spotlight theme will be roadshow musicals and I have a hard time resisting a good musical.

What I’m most excited about this month is coming up on March 24th, an evening all about Alan Arkin. TCM will be premiering the Live from the TCM Film Festival interview Arkin did with Robert Osborne at last year’s TCM Film Fest. I didn’t attend the taping of that, but I did get to see Arkin speak with Ben Mankiewicz before a screening of The Heart is a Lonely Hunter. I found the discussion with Arkin so fascinating that it made me very eager to see what the longer interview had in store. This should be a real treat.

Now, on to the rest of the schedule…

END_OF_DOCUMENT_TOKEN_TO_BE_REPLACED

I went into the final day of the festival with very few plans in mind.  A large part of Sunday’s schedule wasn’t announced until Saturday afternoon, so I didn’t want to get make a bunch of plans, only to end up having to make even more hard decisions once the “To Be Announced” slots were announced.

The Sunday “To Be Announced” slots are typically given to movies that were more popular than expected and deserve a second run.  However, this year, the first “To Be Announced” spot was decided before the festival even started. Since Mickey Rooney had passed away just a few days before the festival, a screening of National Velvet was added to the schedule with Mickey’s long-time friend Margaret O’Brien in attendance to share her memories.

Stay tuned for a post specifically dedicated to this event.  TCM always does an excellent job with memorials and this was no exception.  It was extremely heartfelt and touching; I don’t think there was a dry eye in the house. A very fitting way to remember one of cinema’s most enduring stars.

After a lunch break, Jessica (Comet Over Hollywood), Carley (The Kitty Packard Pictorial/The Black Maria) got in line to see Gone With the Wind at the Chinese Theater.  After the amazing experience of seeing A Hard Day’s Night there the day before, I absolutely loved the idea of seeing Gone With the Wind in that theater.  We only stayed for the first half of the movie, but that was enough to blow me away.  I had seen Gone With the Wind in a theater once before, but this was a totally different experience.  Before, I had sat pretty far back in the balcony.  This time, I was much closer to the screen and the impact of being so close was pretty intense.  The print we saw was the new 75th anniversary print, which looked divine. 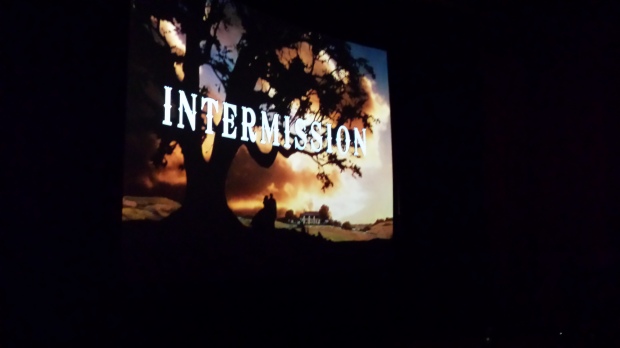 As fabulous as it would have been to stay for all of Gone With the Wind, Carley, Jessica and I were really eager to check out The Heart is a Lonely Hunter introduced by Alan Arkin.  Earlier that afternoon, Arkin had recorded a “Live from the TCM Film Festival” interview with Robert Osborne at the Montalban theater.  If the discussion before Heart is a Lonely Hunter was a taste of what’s to come in the Robert Osborne interview, I can’t wait to see that interview; it should be fascinating. 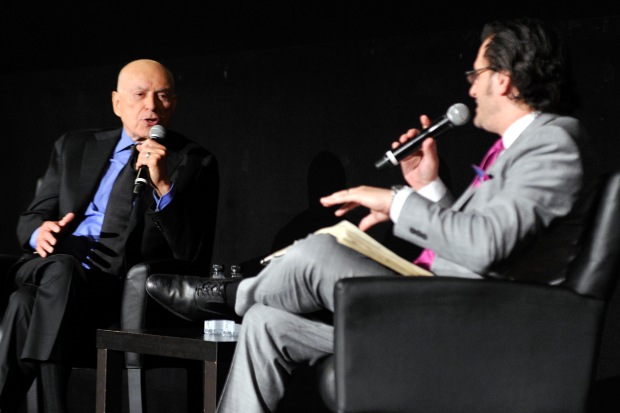 The Heart is a Lonely Hunter was one of my few new-to-me movies of the festival and it was a good one.  Alan Arkin gave an amazing performance in it and even though I could tell from the very beginning that it was going to be a tearjerker of a movie, I wasn’t prepared for just how devastating the ending would be.

After a short break, it was already time for my final movie of the festival — Alfred Hitchcock’s The Lodger.  The Lodger has long been on my list of movies to see, so getting to see it in a stunning digital print with live music by the Mont Alto Orchestra was an incredible way to get to see it for the first time.  And I had the added bonus of watching it with my friend Trevor (A Modern Musketeer). Since Trevor and I became friends because we both love silent films, watching one together in person was a really good way to end the festival.