There’s no way to talk about Since You Went Away without talking about how incredible the cast is as a whole. It’s one of those movies where virtually every actor who appears in it is extremely memorable. Lead roles, supporting roles, everybody makes an impact. 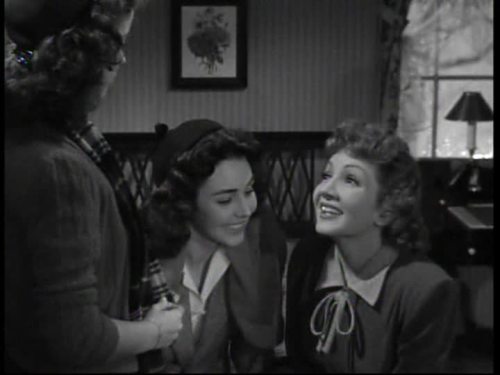 I’ve already talked a bit about how much I love Claudette Colbert’s performance in Since You Went Away, but her outstanding work doesn’t stop after the first scene. Claudette Colbert was initially hesitant to take the part of Anne Hilton because she wasn’t sure if she wanted to be seen as old enough to be the mother of teenage daughters. But fortunately, a nice salary and the assurance that she would be boosting audience morale were enough to convince her to take the part. Anne may have been old enough to have teenage daughters, but it gave Claudette Colbert to prove just how much range she had. She handled everything from being warm and maternal to uncertain and afraid without missing a beat.

Casting actors who are married to each other to play a young couple in love hardly seems like a stretch. But if Jennifer Jones and Robert Walker’s relationship was ever like Jane and Bill’s relationship, those days were long behind them. By the time they made Since You Went Away together, Jones and Walker’s marriage was essentially over. They had separated in late 1943 and would be divorced a year after the movie was released. But their ability to put personal issues aside for the sake of the movie is extremely impressive and a testament to their talent. Their rapport is so strong and they made such a believable couple, I was very surprised to find out Jones and Walker were actually on the verge of divorce at the time.

When she appeared in Since You Went Away, Shirley Temple, then 16 years old, hadn’t made a movie in two years. Although Shirley Temple is most widely celebrated for her work as a child actress, she proved to be more than just a cute kid in Since You Went Away. Temple gave Brig such a wonderful natural charm without being over-the-top precocious. All of the cast had great chemistry together, but I particularly love Shirley Temple’s scenes with Monty Woolley. The friendship between Brig and Col. Smollett never fails to warm my heart. 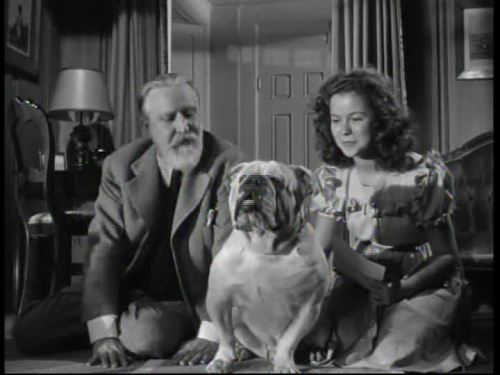 While Shirley Temple is associated with sweetness and light, Monty Woolley had the opposite screen image; best remembered for playing the acerbic Sheridan Whiteside in The Man Who Came to Dinner. Monty Woolley certainly had plenty of chances to do what he did best in Since You Went Away, but Col. Smollett is a character that let him show some softness as well. It’s a very well-rounded role that let him show how much talent he really did have. 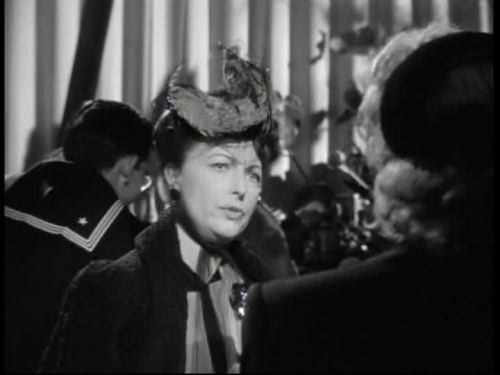 Agnes Moorehead plays Emily Hawkins, Anne’s snobbish friend, and boy does she ever excel at playing someone you love to hate. I tend to think of Emily as being like Sylvia Fowler: The War Years. Her haughty attitude, back-handed comments, and wardrobe would certainly make Sylvia Fowler proud. But while Sylvia Fowler is a total caricature, Emily Hawkins feels like someone you could actually meet, which makes the scene when she gets taken down a peg one of the best of the movie. 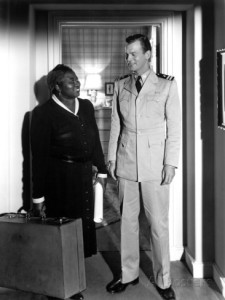 Joseph Cotten was a perfect fit for the role of Tony, the handsome, charismatic friend of the Hilton family. It’s certainly not hard to see how someone like him would be so alluring to young ladies like Jane and Brig. I absolutely love his scenes with Claudette Colbert. Even though there is clearly an attraction and a little bit of history between Tony and Anne, Joesph Cotton never plays Tony as someone who is out to steal his friend’s wife. But there’s just enough of a spark to leave the audience wondering if they’re going to wind up together at the end of the movie.

Last, but certainly not least, there’s Hattie McDaniel.  Simply put, Fidelia is a classic Hattie McDaniel role. She got to do everything that made her so likable.

In the late 1910s, Jeanne Eagels (Kim Novak) was nothing more than an aspiring actress from Kansas City.  When she meets a traveling salesman who says he can fix it so she can win a beauty pageant at the carnival, she buys it hook, line, and sinker.  But when she gets to the pageant, Sal Satori (Jeff Chandler) has other plans and Jeanne doesn’t win.  However, she sticks around at the end of the night and convinces Sal to give her a job in the carnival.  While on the road, she and Sal fall in love and she dances in any show she can on the carnival circuit, but she’s has her sights set on bigger things.  Eventually, Sal decides to sell his carnival and start a new carnival in Coney Island with his brother.  Jeanne accompanies him to New York, where she takes acting lessons from the great acting coach Nellie Nielson (Agnes Moorehead).

Under the tutelage of Nellie, Jeanne quickly climbs the ladder of success on Broadway, but her relationship with Sal suffers as a result and Jeanne quickly moves onto John Donahue (Charles Drake).  While she’s outside of the theater one day, Jeanne meets Elsie Desmond (Virginia Grey), the former Broadway star who lost her career to pills and booze.  Elsie desperately wants to make a comeback starring as Sadie Thompson in a production of Somerset Maugham’s “Rain.”  Elsie gives Jeanne a copy of the script for her to give to a producer since he’d listen to her, but when Jeanne reads the script, she falls in love with it.  She makes some phone calls and finds out that not only does nobody want to touch it if Elsie’s involved, but her option has expired, so she convinces the producer to do “Rain” with her as Sadie Thompson.  Jeanne is a sensation in the part, but Elsie is driven even deeper into despair and commits suicide.

Jeanne feels painfully guilty for Elsie’s demise, but things look up for her when John’s divorce is finalized and the two are married.  However, marrying John doesn’t stop her from falling into a downward spiral of alcoholism and taking John with her.  While on the road with “Rain”, Jeanne’s drinking forces several performances to be canceled, getting her in hot water with the actors’ union.  Meanwhile, Sal’s new carnival has really taken off, but he still misses Jeanne.  After Jeanne divorces John, she returns to New York to star in a new show.  But just before the show opens, Jeanne gets drunk and doped up before going on stage and as a result, forgets her lines and has a meltdown on stage.  When the entire show gets canceled, the actors’ union bans her from performing in legitimate theater for 18 months.  Sal, however, takes pity on her and gives her a chance to perform in his vaudeville theater, which she accepts.  Unfortunately, after an altercation with a fellow performer, Jeanne once again turns to pills and liquor to cope, but this time, she doesn’t live to make it to the next performance.

I have to say, I was a little underwhelmed by Jeanne Eagels.  First of all, it pretty much goes without saying that Hollywood biopics tend to play a little fast and loose with reality.  But the real Jeanne Eagels never was a carnival dancer and I think it’s a bit much to make an inaccuracy into such a huge part of the movie.  Secondly, Kim Novak’s performance tends to be a bit campy, especially during her drunk scenes and the scenes of Jeanne performing in the play Rain.  The only performance I’ve seen of the real Jeanne Eagels was the 1929 version of The Letter and based on what I saw there, I can totally imagine her bringing down the house with that line, “…Hang me and be damned to you!”  I just can’t imagine Kim’s delivery of that line having the same impact.  It was one of those moments that’s supposed to be so great but left me thinking, “Wait…seriously?”  The writing also had a few issues.  The way it’s written, it feels like Jeanne had the fastest descent into alcoholism I’ve ever seen in a movie.  We don’t see her touch the stuff through most of the movie, then she has one drink and the next thing we know, she’s going off on benders.  I also thought the introduction of Elsie Desmond was a pretty heavy-handed attempt at foreshadowing, even though I really did like Virginia Grey’s performance as Elsie.

Before seeing this movie, I really liked the idea of Kim Novak playing Jeanne Eagels and I give her an “A” for effort because she tried her darndest.  But maybe with a better script and if director George Sidney had reigned Kim in just a little bit, this could have been a far better movie.