Hey everyone! Sorry for being a rather infrequent blogger lately. Let’s take some time to catch up with a few fun things. I promise, things are going to be a lot less idle here in the near future.

First of all, it’s almost August and if you’ve been reading this blog for a while, you know what that means — it’s almost time for this year’s round of Blogging Under the Stars! If you aren’t familiar with Blogging Under the Stars, here’s how it works: every August 2-September 1, I watch and review a movie that airs as part of TCM’s Summer Under the Stars, preferably something I’ve never seen before, although that’s not always possible. My intent of doing this is to encourage myself to watch some movies I otherwise might not have watched and watch some films from actors I’m not so familiar with. I’ve done this for the past few years and every year I’ve discovered some really great movies, so it’s a lot of fun for me.

Now, on to some more fun things…

END_OF_DOCUMENT_TOKEN_TO_BE_REPLACED 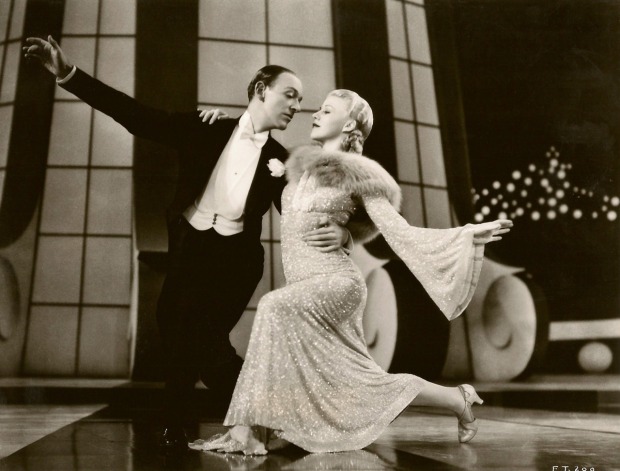 It’s hard to believe it’s already almost May (wasn’t it just New Year’s Eve?), but I have something a little special in store for you guys in the upcoming month!

Since I will be turning 30 in May, I thought it would be fun to celebrate that milestone by spending the month writing about my favorite decade for films: the 1930’s. So stay tuned throughout May for my “30 From the 30’s” series, where I will be posting reviews about 30 movies released during the 1930’s. (I know May has 31 days in it, but I’m not turning 31 yet and “30 From the 30’s” has a better ring to it.) Unlike my 30 Days of Pre-Codes series, this series will feature movies from the entire decade of the 1930’s.

It’s hard to believe it’s already been five years since I launched The Hollywood Revue! Although I haven’t been posting nearly as much as I would like to have been lately,  I have plans to change that in the near future. I just wanted to take a moment to thank you all for your support over the past five years and thank you for your patience through the bouts of less frequent posting. I’ve got some plans in mind coming up in the near future, so stay tuned!

Returning for a fifth year is my annual 30 Days of Pre-Codes post-a-day marathon! However, this year will be a little bit different from past years. In the past, I’ve always done straightforward reviews of the movies. But after all these years, I’ve reached a point where my list of pre-codes I haven’t written about (and that I have access to) was looking really lackluster. Since I don’t want to spend a month writing reviews that are basically just, “Meh, it was OK,” and I don’t think you want to read that either, I’ve decided to take a new approach.

This year, I’ll be looking at some of my favorite pre-codes; the ones I’d say are essential pre-codes. Many (but not all) of the movies I’ll be writing about are ones I’ve written about before, but I’m not going to just be re-posting old content. It will be new content that focuses more on what makes these movies so definitively pre-code and why I consider them to be essentials. I hesitate to call it a countdown because my posts will only have a vague order to them, but I will say that the whole month will gradually be building up to the most scandalous ones of the bunch.

So get ready for yet another wild ride of innuendo, grit, gangsters, and chorus girls because every movie I’ll be writing about in November offers something that had the censors seriously clutching their pearls.

This August, Blogging Under the Stars will be returning for a 4th year! If you’re new to Blogging Under the Stars, here’s how it works: Every day, I watch a movie from Turner Classic Movies’ Summer Under the Stars line-up, preferably something I have never seen before, and write a post on it.  Sometimes the movies I pick end up being good and other times, not so good. But every year I’ve done this, I’ve ended up discovering some really great movies so I’m excited to get started this year.

I am very excited to announce that I will be making my way to Los Angeles next month to cover this year’s Turner Classic Movie Film Festival!  So stay tuned for lots of details on all the festival happenings; I have a feeling it’s going to be incredible!

Four years ago today, The Hollywood Revue was launched!  It feels like I was just working on a post for my first blogaversary, it’s hard to believe I’m already writing my fourth post like this.

Over the past year, I had a wonderful time with my annual events like 30 Days of Pre-Codes and Blogging Under the Stars.  The Fashion in Film Blogathon was brought back for a second year.  I participated in fun blogathons like the 31 Days of Oscar Blogathon (which I’ll be participating in again this year), the Dueling Divas Blogathon, the Dynamic Duos Blogathon, and the Children in Film Blogathon.  In addition to all that, I had the opportunity to meet film legends Shirley Jones and Karolyn Grimes.

I already have some ideas in mind for the upcoming year.  Beginning in March, I will be starting a Movie of the Month feature.  Each month, I will choose a different movie and every Friday, I will have a post about a different aspect of that movie.  Posts might be about editing, costume design, performances, cinematography, music, anything that makes me love that movie.  This will give me the opportunity to write about some movies I love, but I’ve held back on writing about because there is just so much to be said about them. This feature will go on hold during August and November for Blogging Under the Stars and 30 Days of Pre-Codes.

Most importantly, thank you all for your continued support of The Hollywood Revue!

Now, for my traditional blogaversary celebration — a musical montage representing 30 of my posts from the past year.

Returning for a fourth year, it’s 30 Days of Pre-Codes!

Blogging Under the Stars will be returning for its third year! 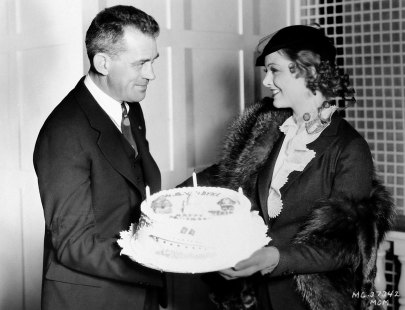 Three years ago today, The Hollywood Revue was launched!  It’s hard to believe that it’s already been three years since I started blogging.  I have so much fun writing things, it’s easy for the time to fly by.

This past year, I participated in some awesome blogathons such as Comet Over Hollywood’s Gone Too Soon Blogathon, Dueling Divas hosted by Backlots, the Great Recasting Blogathon with Frankly, My Dear and In the Mood and the Summer Under the Stars Blogathon by Sittin’ on a Backyard Fence and ScribeHard on Film, just to name a few off the top of my head.

In addition to my annual features such as Blogging Under the Stars and 30 Days of Pre-Codes, I hosted my own blogathon, the Paramount Centennial Blogathon.  I was also thrilled to be able to write about my experiences of meeting Tippi Hedren and Kerry Kelly Novick, daughter of Gene Kelly.  It’s been a good year.

Most importantly, I have to thank all you for taking the time to visit my blog!  Your support means a lot to me.

Continuing with the tradition I started last year, I decided to celebrate my blogaversary by putting together a montage of clips representing 49 (50 if you count the title card) of the movies and events I wrote about over the past year.  Enjoy!