When Homer fails to bring Lisa a saxophone reed she needs on the night of the talent show, she’s humiliated in front the entire school. Determined to win her over again, Homer decides to make one of Lisa’s biggest dreams come true: to own a pony. Buying and caring for a pony quickly proves to be more expensive than Homer realized though, and he’s forced to work around the clock to earn the money for it. Homer buys the pony from a horse farm, run by a very proper woman. Tress MacNeille voiced this character and based the voice on Katharine Hepburn’s very distinct voice. When asked about the stable services she offers, the woman also offers to teach pronunciation to Lisa at no extra charge so that Lisa can also speak like Katharine Hepburn. 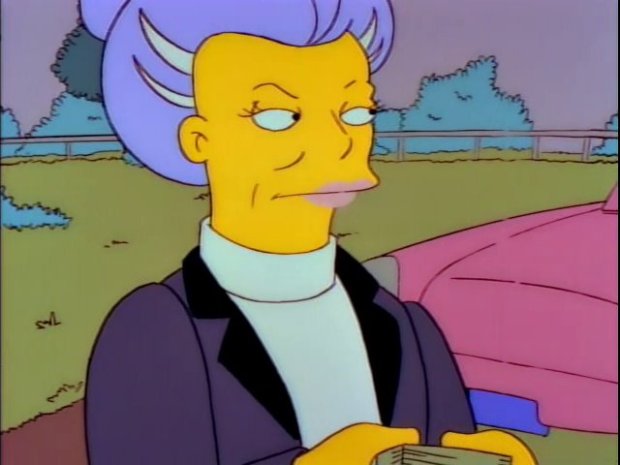