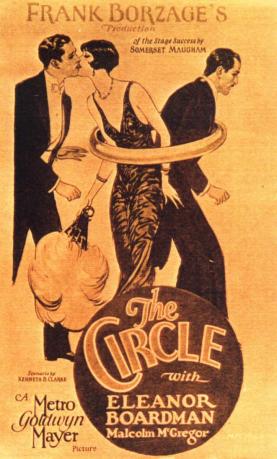 When Arnold Cheney (Creighton Hale) was just a baby, his mother Lady Catherine (Joan Crawford as the young Catherine, Eugenie Besserer as older Catherine) leaves her husband Lord Clive (Derek Glynne as young Clive, Alec B. Francis as older Clive) to run off and elope with his friend Hugh (Frank Braidwood as young Hugh, George Fawcett as older Hugh). When Catherine leaves, she leaves baby Arnold at home to be raised by Clive.

30 years pass and Arnold hasn’t seen his mother since. Naturally, Arnold and Clive have a lot of resentment toward Catherine and Hugh. Arnold is now married to a woman named Elizabeth (Eleanor Boardman) and they live together in the big family estate, enjoying all the privileges that come with wealth. But Elizabeth is in love with Edward Lutton (Malcolm Mc Gregor) and is considering leaving Arnold for him. Since she knows the situation she’s in sounds somewhat familiar, she decides to invite Catherine and Hugh over so she can see what their relationship is like now.

Arnold is very anxious about this meeting and when they arrive, things are awkward at first. But when Elizabeth sees Catherine and Hugh having a sentimental moment together, she thinks leaving her husband would be the best move. But when Arnold finds out about it, he isn’t about to give up on his marriage so easily.

For some reason, I didn’t have terribly high expectations for The Circle, but I ended up liking it a lot more than I expected to. Frank Borzage directed it and did a fine job. The story has a very healthy balance of humor and drama. It’s the kind of story that might have become cheesy and cliched in less capable hands, but it worked out very well. The cast is excellent and I really enjoyed the cinematography and sets. This is the kind of movie I don’t hear mentioned too often, but it’s a real gem.