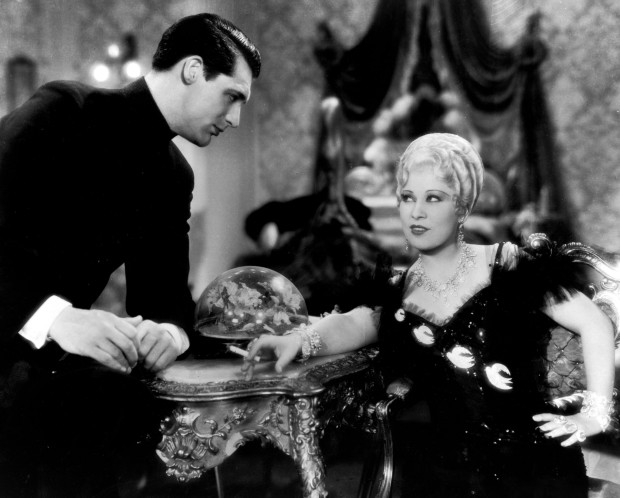 Saloon performer Lady Lou (Mae West) is one of the most admired women in town. Men are in love with her, women want to be friends with her. Lou loves two things — men and diamonds — and her boss Gus Jordan (Noah Beery) is happy to supply her with all the jewels she wants. But the profits from running the saloon just isn’t enough to keep up with Lou’s expensive taste, so he resorts to criminal activities to pay for Lou’s jewelry.

Gus is also running for sheriff, but his opponent Dan Flynn (David Landau) is well aware of his illegal activities and would love nothing more than to be able to expose Gus and have Lou all to himself. Gus wouldn’t be the first man to take such drastic measures to make Lou happy. Her former boyfriend Chick Clark (Owen Moore) is in prison serving time for trying to steal jewelry for Lou. She’s promised to be faithful to him while he’s in jail, but not only has she been seeing Gus, she’s also had her eyes set on Captain Cummings (Cary Grant), a local missionary.

Lou finds herself in a tough situation when all the main men in her life end up making appearances at the saloon on one fateful night.

I just love Mae West and She Done Him Wrong is a an example of Mae West doing what Mae West did best. Only she could pull off writing a play where she stars as the most admired woman around and other characters spend a lot of time discussing how fabulous she is, then turn it into a movie that went on to become a Best Picture nominee. She created the perfect vehicle for herself and I’ve got to give her credit for that. Not only was she a bit of an unlikely movie star (she was 40 when She Done Him Wrong was released, quite a bit older than the average movie starlet just starting to make a splash at the box office), she truly built her career in a way that nobody else did at the time. She was in complete charge of every aspect of her career, which is something I completely respect.

No list of essential pre-codes would be complete without an appearance from the queen of the double entendre, Mae West. She Done Him Wrong is frequently cited as being one of the movies that infuriated censors to the extent that it provoked the strict enforcement of the production codes. The movie may only be 66 minutes long, but it took two years to turn Mae West’s stage hit Diamond Lil into a movie because it was such a challenge to get the bawdy content past the censors. Upon its release, it caused a huge commotion and was banned in Atlanta, Australia, Austria, and Finland. Mae West certainly wasn’t fazed by the outcry. She was later quoted as saying, “I believe in censorship. I made a fortune out of it.”