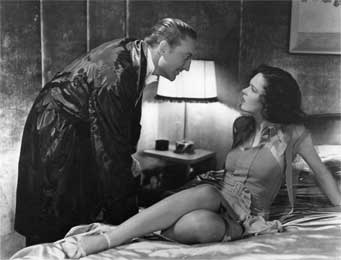 There are only two things bank owner David Dwight (Warren William) cares about: women and his hundred story skyscraper in New York City. He’s married to Ella (Hedda Hopper), but as long as he keeps paying her bills, she doesn’t mind if he steps out. He’s been carrying on an long-term affair with his secretary Sarah (Verree Teasdale), who really wants to get married, but David has no interest in doing anything more than give her a trust fund. Instead, David is far more concerned with protecting his prized skyscraper from bank inspectors, who are after him for taking out a huge loan from his own bank to pay for the building.

To get the investigators off his back, David merges the bank with another one and conspires with the president of the other bank to inflate their bank’s stock, then sell it short, even though it would ruin the other investors. Meanwhile, Sarah’s secretary Lynn (Maureen O’Sullivan) has been dating bank teller Tom Shepard (Norman Foster), although she’d much rather be married to a rich man. After Lynn and Tom have a fight, Sarah talks to him and gives him a tip about investing in the bank, not realizing what David plans to do. Hoping to get enough money to marry Lynn, Tom buys the stock only to end up being just one of many people financially destroyed by David. Everyone is angry at David, except for Lynn, who David has been setting up to replace Sarah as his next girlfriend. But Sarah cares too much about Lynn to let David ruin Lynn the way he’s ruined everyone else.

Before there was Michael Douglas in Wall Street and Leonardo DiCaprio in The Wolf of Wall Street, there was Warren William in Skyscraper Souls to serve as the cinematic poster boy for corporate greed. Considering what a contemptible person David Dwight is, it’s rather baffling that this is such an overlooked movie nowadays when people start talking about portrayals of corporate greed in film. Over 80 years later and I’d say Warren William remains the king of playing cold, ruthless characters. But as great brilliant as Warren William is in this, I also really love Verree Teasdale as Sarah. I love how in the end, as devoted as she was to David, she was even more devoted to and protective of Lynn. You just don’t see that kind of relationship often enough in movies.

The movie on the whole is very much worth watching. It has a bit of a Grand Hotel vibe to it, but on a smaller scale. It really deserves to get more credit for being a great movie in general, and not just for being a great pre-code.

And be sure to keep an eye out for a particular dress worn by Anita Page. Perhaps you might recognize it from another certain MGM hit from 1932… 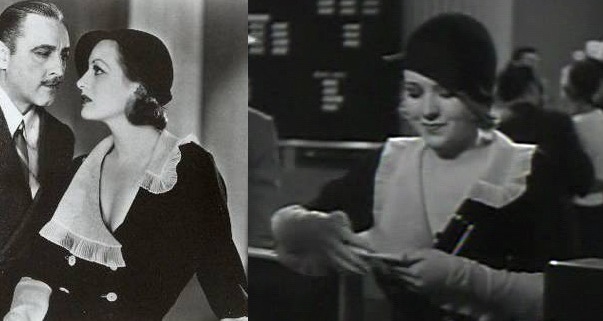 Murder, suicide, unscrupulous businessmen, prostitutes, cursing, womanizing…let’s just say that if we had a game of Pre-Code Bingo going, you could fill up your card really fast by watching Skyscraper Souls. Pretty much the only ways this movie could get more pre-code is if they had worked in some drug use, gay characters, or some kind of blasphemous statement.