What is there to say about Marilyn Monroe that hasn’t already been said?  Fifty years after her untimely death, Marilyn’s star is still as bright as it ever was.  But for all the hype surrounding Marilyn’s image, the one thing I don’t think she gets nearly enough credit for is the quality of her performances.

So many people only know Marilyn for standing over that subway grate or assume she was famous for her looks, not her talent.  But she really did give some phenomenal performances that often seem to be overshadowed by the myth of Marilyn.  Marilyn’s movies played a huge part in my becoming such a big classic film fan, so I thought I’d share some of my favorite performances of hers: 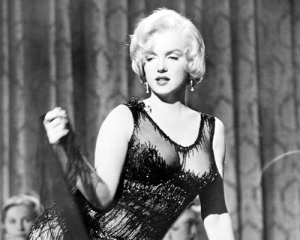 It’s safe to say that Marilyn is best remembered for her comedic roles and for my money, she was never better than she was in Some Like it Hot.  This was the perfect way for her to combine her incredible comedic timing with some of the vulnerability she brought to some of her best dramatic roles.  Plus, this movie will forever be one of my all-time favorites.  It’s one of the first classic films I remember really loving.

If you only know Marilyn for her blonde bombshell persona, Don’t Bother to Knock will blow your mind.  It was Marilyn’s first attempt at dramatic acting and she hit it out of the park on her first try.  It’s hard to be both terrifying and vulnerable, but she pulled it off.

It’s too bad that Marilyn didn’t do more film noir because she made an amazing femme fatale!  She’s got the glamor and she could play sinister quite well.  She was a perfect choice for that role. 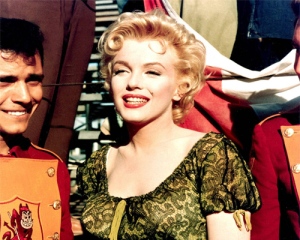 How did Don Murray get an Oscar nomination for his role while Marilyn only got a Golden Globe nomination for her work?  Bus Stop was the first movie Marilyn made after taking a year off from making movies to go to New York and enroll in the Actors Studio.  Making Bus Stop was a smart way for her to reclaim control over her career, get away from the “dumb blonde” roles, and give a richer performance than she’d given before then. 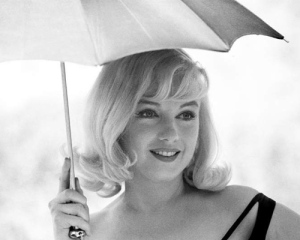 I always thought Roslyn Taber was Marilyn’s most genuinely human role.  When I watch her in The Misfits, I don’t see Marilyn Monroe, the movie star; I see a real person.  There’s none of the glamor generally associated with Marilyn’s movies.  There are no Travilla gowns, elaborate hairstyles, diamonds, subway grates, musical numbers; nothing to distract from Marilyn’s very heartfelt performance.