After being fired from her job as a governess, a very straight-laced Guinevere Pettigrew (Frances McDormand) finds herself deemed unemployable by her employment agency.  But when she hears about a job for a woman named Delysia LaFosse (Amy Adams), she jumps at the chance to get it.  When she arrives at Delysia’s apartment, she expects she will be taking care of children.  Instead, she finds herself taking care of an aspiring actress tangled up in a love triangle.  First there’s the young theater producer, Phil Goldman (Tom Payne), who is putting on a play that Delysia desperately wants the lead in.  She’s trying to keep him interested in her and not her rival Charlotte Warren.  Then there’s Nick Calderelli (Mark Strong), who owns the nightclub Delysia sings at.  He’s the one footing the bill for her lavish apartment and expensive clothes.  And last but not least, there’s Michael (Lee Pace), the piano player who just got out of jail.  He isn’t rich and doesn’t have the influence Nick and Phil do, but he does genuinely love her.

Over the course of one day, Guinevere helps Delysia get out of various messes and Delysia, in turn, helps Guinevere learn to embrace life.  Delysia takes Guinevere to her friend Edythe’s (Shirley Henderson) salon and gives her a makeover.  It turns out that Edythe and Guinevere have a little dirt on each other.  They had bumped into each other on the street the night before Guinevere came to Delysia’s, so Edythe knows Guinevere isn’t really the social secretary Delysia thinks she is.  But Guinevere saw Edythe out with a man who isn’t her lingerie designer boyfriend Joe Blomfield (Ciarán Hinds).  When Delysia takes Guinevere with her to a lingerie show, Guinevere meets Joe for herself and the two of them are instantly attracted to each other.

Although released in 2008, Miss Pettigrew Lives for a Day was actually intended to be made as a movie in 1941.  Originally, it was a novel by Winifred Watson released in 1937, and she later sold the film rights to Universal Studios in 1939.  Universal held on to it for a little while and by 1941, had plans to turn it into a musical starring Billie Burke as Miss Pettigrew.  Watson was very eager to see “Miss Pettigrew…” turned into a movie, but unfortunately, the project was shelved after the bombing of Pearl Harbor.  In 1954, Universal renewed the rights to the story, but again, nothing ever became of it.  Watson died in 2002 believing her story would never make it to the silver screen.

The novel was released in 1937, but I wish it had been released just a few years earlier because I think “Miss Pettigrew” would have made a great pre-code had it been around in 1934.  Delysia’s bed-hopping to further her career is hardly a secret, there’s lots of lingerie, and the book contains drug references.  I’m very curious about how Universal planned to get around some of these issues in 1941.  The drug references were gone in the 2008 movie, so those could easily been cut out in 1941, but whitewashing Delysia’s bed-hopping would have definitely been a challenge.  I also would have pegged this for an MGM movie rather than a Universal.

However, one thing I totally agree with is Billie Burke as Guinevere Pettigrew.  The first time I saw Miss Pettigrew, I didn’t know the story about Universal trying to make it as a Billie Burke vehicle, but I was definitely picturing her as Guinevere. 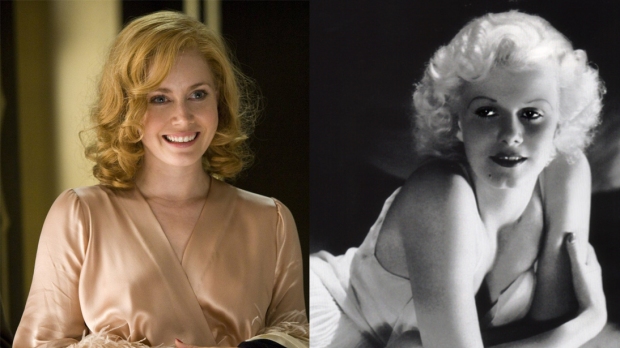 As for Delysia, I immediately thought of Jean Harlow.  Delysia has the kind of confidence and quick wit that would have been tailor-made for Harlow. 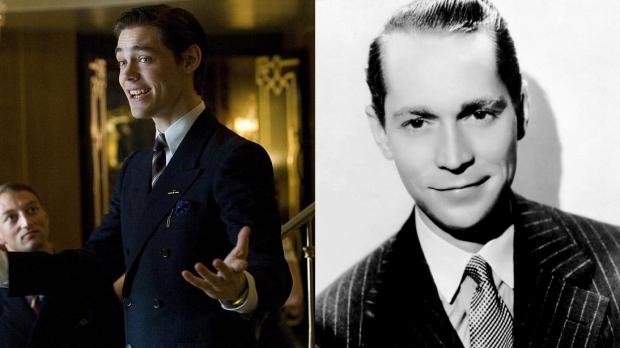 With Jean Harlow as Delysia, I’m sure MGM would want actors she was known to have chemistry with to play her love interests.  Phil Goldman is supposed to be nineteen years old, and although I don’t think he looks quite that young, I’m guessing MGM would have picked Franchot Tone to play Phil.  Tone had just starred with Harlow in Bombshell in 1933, and considering that they made a few movies together after that, I could see this being one of those movies. 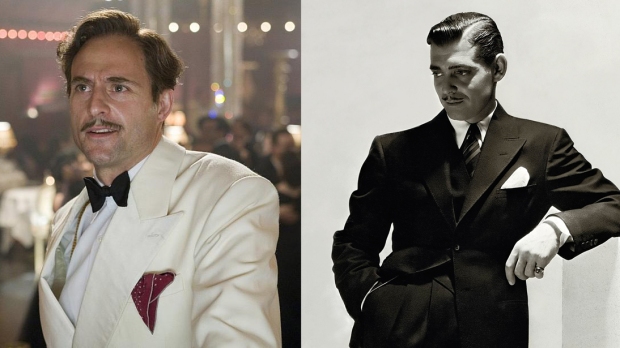 Another one of Harlow’s most well-known leading men was Clark Gable and I think he would have been perfect as Nick Calderelli.  Nick has a rather gruff, authoritative demeanor that Gable would have been great for.

For Michael, I would pick William Powell.  In reality, Powell and Harlow didn’t make a movie together until 1935’s Reckless, so had Miss Pettigrew been made in 1934 like I’m imagining it, it would have been their first movie together and just before the beginning of their off-screen relationship.  But I’d hope someone at MGM would have the foresight to see that they might be good together, because I think Powell would have made an excellent Michael.  As we know from My Man Godfrey, William Powell made a fantastic scruffy, lower-class guy.  Michael also has some lines that I could definitely imagine being said by Powell.

Edythe is stylish and cold, but she also gets some chances to be funny.  I’m sure Kay Francis would have brought the perfect mix of wit and iciness to Edythe and would have totally been worth the effort of getting her on loan from Warner Brothers.

In the director’s commentary on the Miss Pettigrew DVD, Bharat Nalluri described Joe Blomfield as “charming without being sleazy,” which is a description that makes me think of Melvyn Douglas.

Rosalind Russell was just getting her start in movies in 1934, so a small part as Delysia’s nemesis Charlotte Warren would have been perfect for her.  Charlotte doesn’t get much screen time, but her big exchange with Delysia is full of enough snark and backhanded comments to make Sylvia Fowler proud.

Be sure to visit Frankly, My Dear and In the Mood for more modern films re-imagined with classic film actors and actresses.